How to Deadlift: The Definitive Guide to Mastering Technique
http://stronglifts.com/how-to-deadlift-with-proper-technique

Mike Robertson schrieb:In our series, “Overcoming Lousy Leverages,” Eric Cressey and I covered all three power lifts and discussed how smart training can lead to bigger totals. In this series, we will discuss the biomechanics behind each lift as well as several strategies to destroy any sticking points you may have. We will examine:

While most know exactly what they need to do to bring up their squat and/or bench, they don’t understand the biomechanical positions of the body when deadlifting. So, when they miss a lift, they commensurately can’t pick the right exercises to train their weaknesses. I hear people say all the time, “I do glute hams because Dave Tate said to do them.” Or, “I do Y exercise because Chuck Vogelpohl does them, and he brought up his deadlift Z pounds!”

If you really wanted to make some serious progress on your pull by following someone else’s “program,” you would have to find a lifter with the exact same body type as you (weight, arm length, leg length, torso length, etc.), the exact same pulling technique, and the exact same sticking point. In case you haven’t figured it out, this would be a pain in the ass! Not to mention that we haven’t even discussed training frequency, recovery ability, and all the other factors that make you, you. Instead, why not just figure out what works best for you, and then train yourself? It makes much more sense. To be blunt, if we aren’t training hard and smart, our deadlift can stay put for years while our squat and bench go through the roof!

We will not cover max effort lifts in this article. Just like the supplemental/developmental lifts, find the max effort lifts that work best for you, and then try to break PRs whenever possible. My personal favorites are pulling against bands (resisted method) and pulling with bands (lightened method). When these are going up, so is my deadlift.

Now, let’s get on with the exercises!

The box squat is probably one of the best exercises to improve your deadlift. While I will probably be called a heretic for saying this, the box squat has done more for my deadlift than it’s ever done for my squat. Here’s why.

In the starting position of a sumo deadlift (yes, I said sumo deadlift), the torso should be upright with the hips down, knees flared hard, and the tension on the glutes and hamstrings. For those who know how to box squat correctly, this should sound vaguely familiar. By box squatting with a pause, you can get an amazing carryover from your starting strength to your sumo pull. The biomechanical position is almost identical, and the pause on the box mimics the isometric you perform right before the bar leaves the ground when pulling.

Box squats can be beneficial for the conventional deadlifter as well. Instead of using the typical wide-stance version though, use a close-stance position. It will give you a lot of the same starting strength benefits that a wide-stance will give the sumo puller. The same rules apply—keep your chest up as much as possible, sit back, and keep the weight on your heels. While the close-stance position is not as good as the wide-stance version, it can definitely help your pull if you are prone to missing off the floor.

Problem areas in the lift: hips too high at start of lift

The glute ham raise is truly an amazing exercise. When my glute ham goes up, both my squat and deadlift go up so I incorporate them as often as possible into my training.

For me, my low back was too strong in relation to my hamstrings. On heavy weights, I couldn’t sit back into the optimal pulling position. My hips would come up too fast, my torso would cave over, and the bar would “drift” out in front of me causing missed lifts. I would end up using my low back to finish the weight. However, by doing tons of glute hams, I was able to get my hamstrings up to par. I was then able to “sit back” even more into my optimal pulling position due to the increased strength in my hamstrings. The result was a better starting position, improved pulling posture, and a smoother pull throughout.

Problem areas in the lift: start of conventional deadlift

Even if you don’t pull conventional deadlifts or miss in the starting position, concentric good mornings can still be a great exercise for the general development of the spinal erectors. If your erectors are the weak link in your deadlift, they are going to be the reason you miss deadlifts! Bring them up and you’ll improve your pull.

If you are using a safety squat bar, the intensity of the exercise is increased exponentially. Most of us are working on that amazing Quazi Modo posture style with rounded shoulders and a hunched upper back. The safety squat bar good morning is great because it works the spinal erectors at both the lumbar and thoracic regions. The thoracic spinal erectors are typically weak, leading to upper back rounding in squatting and deadlifting. Improving the extensibility in this area could be the difference between a missed lift and a new PR!

The RDL is an excellent supplemental lift. It contributes to the “chaos” training theory. We’ve all had a heavy deadlift drift on us before, and the ensuing grind isn’t fun. RDLs can help correct this.

None of our hamstrings are where they need to be because “strong enough” is a relative term. Strong enough to pull 650? That’s awesome. But do you want to pull 650, or do you want to pull 7 bills? Hopefully, you can see where I’m going with this. It’s much like technique. You may have “perfect” technique with 315, but what about when you move to 405 or 500+? Technique is relative to the weight being used. What’s “perfect” or “strong” for a certain lift just won’t cut it as you continue adding weight to the bar.

When you emphasize glute contraction at the end of the lift, you can develop some pretty solid lockout strength from RDLs. As we all know, the final goal of a deadlift is to stand erect with the weight, knees locked, and hips extended. Please note, however, that nowhere does it mention leaning back excessively and hyperextending the spine! If this describes you, focus on getting your glutes up to snuff, and you’ll be just fine. Simply put, stronger glutes equal a bigger deadlift.

Coming back to the glutes again, we need to get them firing and strong if we want to maximize our pulling performance. I know some of you will ask, “Which version of the pull thru do you suggest? Arched back or rounded back?”

Ok, prepare for heretical comment number three: I don’t prescribe any round back lifting.

Yes, it can make your low back brutally strong—I won’t argue that with you. However, it can also help you herniate a disc faster than Paris Hilton can get out of her clothes. Keep in mind that you can’t train if you’re injured!

The arched back pull thru can be great for developing both the hamstrings and glutes. You have to sit back into it, which will really develop the hamstrings, and squeezing the glutes at the midpoint (via the Weider peak contraction principle) will help develop lockout strength as well. In many ways, it simulates the deadlift to a ‘T’, minus the low back beating that heavy deadlifts can place on you.

Hopefully, you have a better idea of how certain lifts develop certain portions of your pull. When you get into the intermediate to advanced levels of powerlifting, the difference between stagnant performance and consistently hitting PRs is choosing the right exercises and then training hard.

Until next time, train hard and develop those pulls!

Team Insanity - The Laws of Physics are Merely a Suggestion
Andi 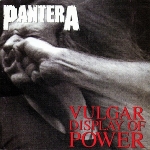 Team Insanity - The Laws of Physics are Merely a Suggestion
Tobi

How do I lockout my deadlift?


Should I sumo pull?

Team Insanity - The Laws of Physics are Merely a Suggestion
Skittles 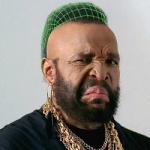 I knew that I was going to have to start working outside of the current conservative training laws. If I was going to break records, I'd have to rejoin the outlaws. I didn't have to do anything illegal, just clear my mind of the clutter and take off the "corrective" emergency brake that was holding me back. I'd have to remember who I was before the Internet and a bunch of people who'd never lifted jack told me that squats are bad and the Swiss Ball would set me free. 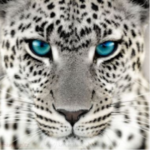 The force is strong with this one.

Team Insanity - The Laws of Physics are Merely a Suggestion
Stranger

Team Insanity - The Laws of Physics are Merely a Suggestion
P. de Primo

Team Insanity - The Laws of Physics are Merely a Suggestion
P. de Primo